Chase Utley Returning to the Postseason 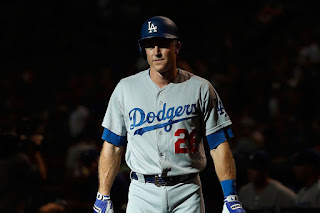 I just wanted to congratulate my hero and former Phils 2nd baseman Chase Utley for reaching the postseason for a third year in a row with the Los Angeles Dodgers.  The Dodgers captured the NL West Title this past weekend and is the third straight year they have won it with Chase on the team (2015-2017) and five season in a row total (2013-2017).  Congrats again Chase and good luck in the postseason.  I'll be rooting for you.