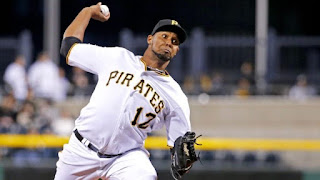 The Phillies claimed right-handed relief pitcher Juan Nicasio (who is a Free Agent at the end of the season) off waivers from the Pittsburgh Pirates yesterday (August 31st).  The Phillies are responsible for the remainder of Nicasio's 2017 salary ($600,000) and he is expected to join the team in Miami before tonight's game against the Miami Marlins.  The Phils have designated Brock Stassi for assignment so they could make room for Nicasio on the 40-man roster.