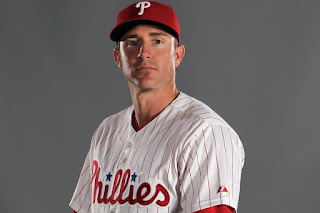 It has been a sad few days here on the blog.  Former Phils second baseman (and my hero) Chase Utley announced his retirement from major league baseball at the end of the 2018 Season.  Chase made the announcement on Friday (July 13th) in Los Angeles and stated his reason for retiring was become a full-time Dad.

Chase has played for the Dodgers for the last 3.5 years after starting his career with the Phillies in 2003.  Chase will make his final regular season appearance in Citizens Bank Park when the Dodgers visit at the end of July...so the fans will get a chance to say goodbye.

Chase will always be my favorite baseball player.  This blog wouldn't exist without him.  I will miss seeing him play but look forward to him coming home to the Phillies! 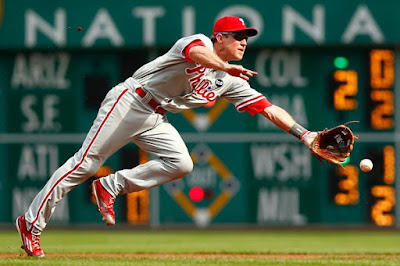