Chase Utley in the All-Star Game 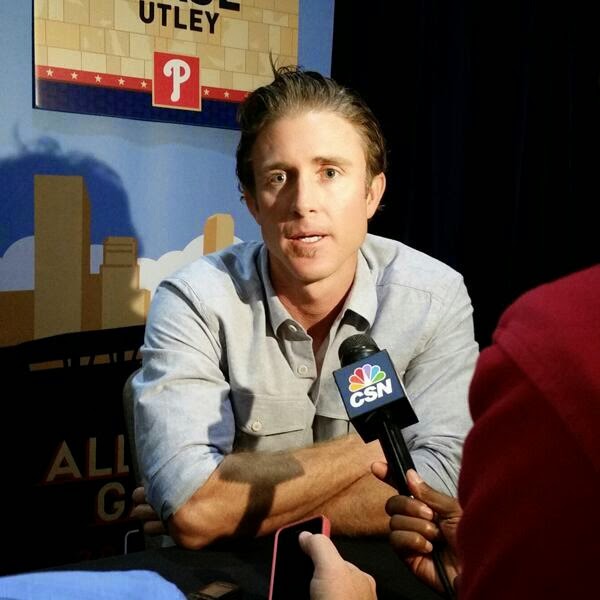 The MLB All-Star Game was last night with the American League winning the game 5-3.  Although my hero Chase Utley was on the losing side...he did have a productive game.  Chase (batting 7th) hit an RBI double in the second inning and later scored a run.  He was also hit by a pitch in his second at-bat in the fourth inning.  Chase was then pulled from the game for pinch-runner Dee Gordon.  Congrats to Chase for his All-Star work.  I'm looking forward to seeing him back with the Phils on Friday.