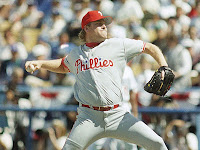 It is Alumni Weekend down at the ballpark and former Phillies pitcher Curt Schilling was added to the Phillies Wall of Fame in a ceremony on Friday night, August 2nd. Schilling pitched for the Phillies for nine seasons (1992-2000) and compiled a record of 101-78.  He was also a valuable member of the 1993 National League Championship team. 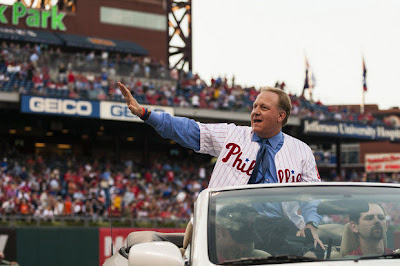 Schilling was traded to the Arizona Diamondback in the middle of the 2000 season.  He would proceed to win three World Series rings (one with the Diamondbacks in 2001 and two with the Boston Redsocks in 2004 & 2007) before retiring after the 2007 season.  Congrats Mr. Schilling!