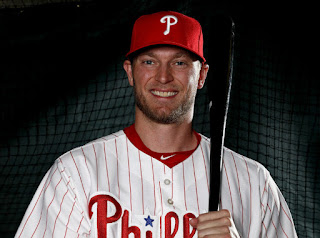 The Phillies DFA (Designated for Assignment) outfielder Michael Saunders yesterday (June 20th) and brought up outfielder Cameron Perkins from Triple A to replace him.  The Phils will have seven days to try to trade Saunders and if they don't he will be released.

Saunders never caught fire with the Phils and only had a .205 batting average with 6 home runs and 20 RBIs.  I wish him all the best in his future endeavors.