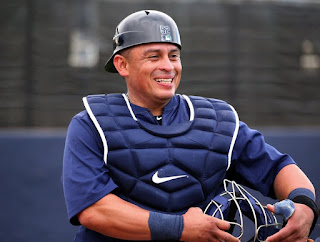 The Phils will see former catcher Carlos Ruiz for the first time since he was traded as the Seattle Mariners come to Philly for a two game series tonight and tomorrow.  The Phils traded Chooch to the Dodgers last August and the Dodgers subsequently traded him to the Mariners in November.  I hope Ruiz does well in both games but the Phils still get the wins.  In any event...it will be good to see Chooch tonight!