I had planned to only post pictures of Chase as a Phillie in the POTW posts but this shot of Chase and Ryan Howard from last week's series against the Dodgers was too perfect to pass up.  It's weird seeing the two key pieces of the Phils core of 2007-2011 not both wearing Phillies uniforms. 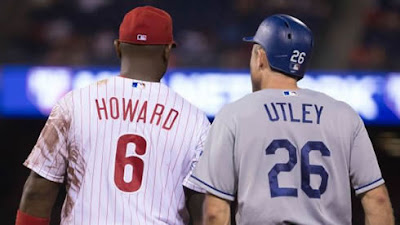