Gettysburg Photo of the Month (July 2016)

This month's photo is a picture of the monument to Union Brigadier General Jon Gibbon.  General Gibbon was from Pennsylvania and he commanded the 2nd Division of the 2nd Corps of the Army of the Potomac during the Battle of Gettysburg.  Gibbon's division fought on July 2-3, 1863 and his monument is located along Hancock Avenue near the Angle.  The monument was dedicated on July 3rd, 1988 during the 125th anniversary of the Battle of Gettysburg. 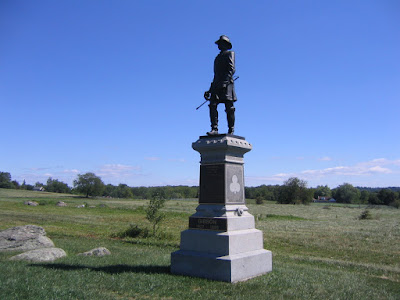