Carlos Ruiz Returns to Philadelphia as a Mariner 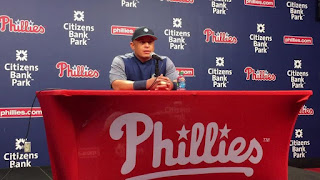 As I wrote a couple days ago (Phils to Face Carlos Ruiz For the First Time Since Being Traded)....Carlos Ruiz returned to Philly with the Seattle Mariners for a two-games series on Tuesday and Wednesday (May 9-10).  During the game on Tuesday the Phils aired a video tribute to Chooch on the giant videotron.  An emotional Ruiz tipped his cap to the cheering Phillies fans after the video. 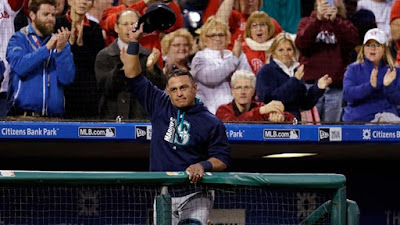 When Chooch batted for the first time later that night, he received another standing ovation from the fans. 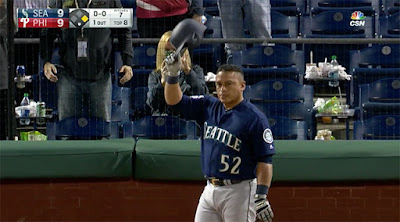 You can watch the standing ovation here: http://www.csnphilly.com/video/phillies-fans-welcome-back-carlos-ruiz-standing-ovation

It was good to see you again Chooch!   No matter what uniform you wear...you will always be a Phillie! 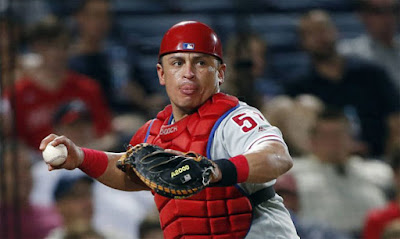