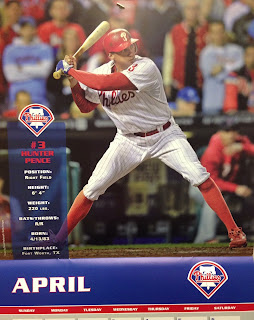 I was looking at my Phillies 2013 Calendar and noticed that the featured player for April is Hunter Pence.  Pence was traded to the San Francisco Giants last season at the trade deadline but I guess it was too late to change the picture for the calendar.  Seeing Pence made me want to check and see how he is doing so far this season.  Here are his stats as of the end of the day on April 23rd, 2013:

I may do this every month because Pence was one of my favorite Phillies and I still think that he should not have been traded..  I am also interested to see how he is doing stat wise.  Along with the monthly stats, I will also include a different picture of Pence during his time with the Phillies.  It will be like a Hunter Pence Photo of the Month.  Here is the April photo: 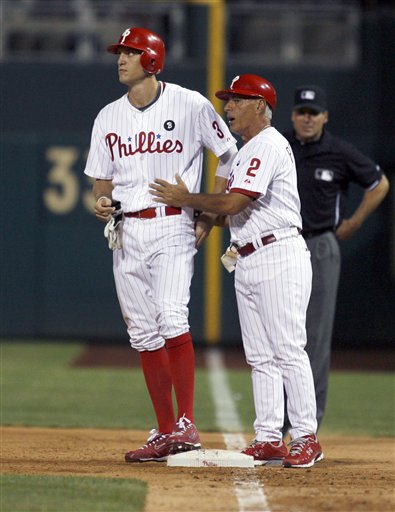