This week's photo of Chase is from the 2008 World Series where the Phils became the (as Harry Kalas said after the final out in Game 5) "2008 World Champions of Baseball" by beating the Tampa Bay Rays.  Chase looks to be in the middle of performing a double play.  I can't believe that it has been nine years since the Phils won the World Series. 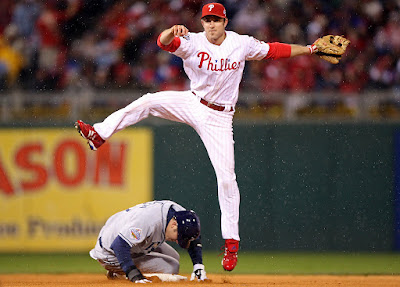