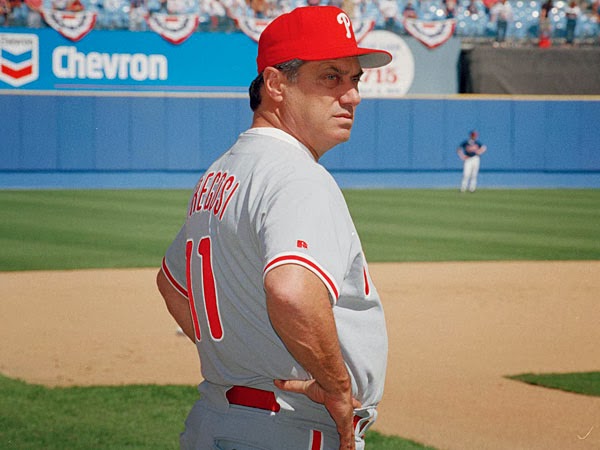 I have some sad news to report.  Former Phillies manager Jim Fregosi passed away earlier today after suffering multiple strokes earlier this week.  Fregosi managed the Phillies from 1991-1996.  His most memorable season as skipper of the Phils was in 1993 when he led the team to a National League Championship and the World Series.  Rest in Peace, Mr. Fregosi.