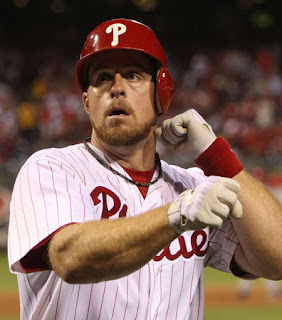 Phillies catcher Erik Kratz injured his left knee in last night's loss to the Milwaukee Brewers.  The injury occurred in the 9th inning as Kratz ran to first base.  We won't know more about how severe the injury is until later today but it is expected that Kratz will be placed on the DL (Disabled List).

Humberto Quintero should get the start this afternoon and if there is not a second catcher available at game time, Kevin Frandsen would serve as the emergency catcher.  It was rumored that Carlos Ruiz would be available to return from the DL in about a week after a rehab assignment with the Single A Clearwater Threshers.  I wonder if Chooch will return early due to Kratz's injury.

I wish Kratz well and hope that the injury is not serious.  Just don't eat too much turkey bacon while you are gone. 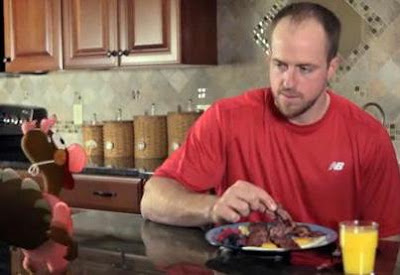