I just wanted to congratulate Phillies shortstop Freddy Gavis and Phillies center-fielder Odubel Herrera for being Gold Glove Award finalists for the 2016 season.  The Gold Glove is awarded to players who have provided excellent defense in their position...which Galvis and Herrera have given the Phillies all this past season.  The winners will be announced on November 8th.  Good luck Freddy and El Torito! 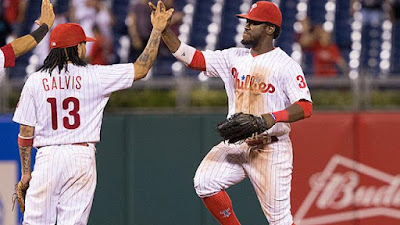