It's time for the first Gettysburg Photo of the Week for November.  This picture is of the Coster Avenue Mural and it depicts fighting on July 1st, 1863 between the forces of Union Colonel Charles R. Coster and the units of Confederate Brigadier General Harry Hays & Colonel Isaac Avery. 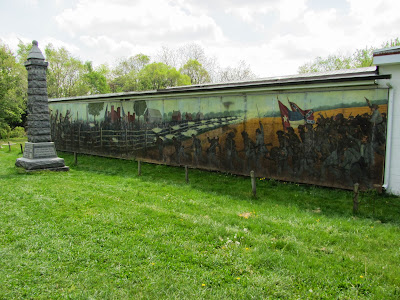 This mural was dedicated on the 125th Anniversary of the Battle of Gettysburg and is among the least visited areas of the battlefield.  If you get a chance, take the time to visit this beautiful mural.  You won't be sorry.