Pete Mackanin Will Not Be Returning as Phillies Manager in 2018 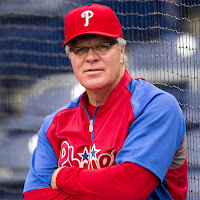 The Phillies announced on Friday (September 29th) that Phils skipper Pete Mackanin was taking a new position in the organization next season as the special assistant to General Manager Matt Klentak and will not be the manager next season.  Mackanin had a record of 174-238 in his 2 and a half seasons as the Phils manager.  The Phils have not yet named Mackanin's replacement as skipper.

Mackanin received a well deserved standing ovation by both the fans and players during yesterday's season finale against the New York Mets.  Good luck in your new role, Pete! 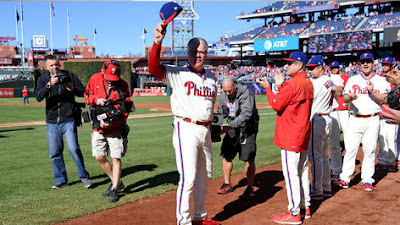