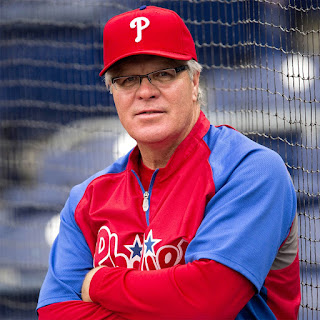 Just wanted to congratulate Phillies Manager Pete Mackanin for getting a two-year contract extension.  This means that Mackanin will be the skipper through the end of the 2018 season with an option for the 2019 season.  Mackanin has been the Phillie manager since Ryne Sandberg resigned on June 26th, 2015.  The skipper has a win-loss record of 121-161 since he took over as Phils manager.