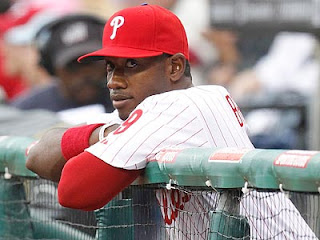 Phillies left-fielder Domonic Brown made a rehab start with the Phillies Class A team the Lakewood Blue Claws.  Dom went 3-for-5 with one Home Run and two RBIs.  Dom , who has been out with a concussion since July 23rd, is expected to play one more rehab game tonight with the Double A Reading Fightin' Phils before rejoining the Phillies for Wednesday night's game against the Chicago Cubs.  It will be good to see Dom in action again.  Hopefully he can jump start the struggling Phillies offense.


** Update:  After this post was published, the Phillies announced that Domonic Brown would be returning for Tuesday night's game against the Chicago Cubs.  To make room on the roster, outfielder Laynce Nix was designated for assignment.